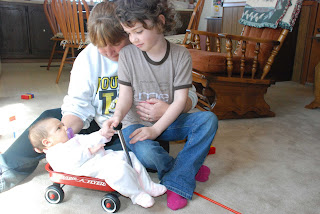 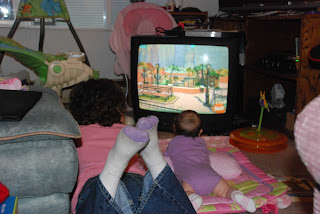 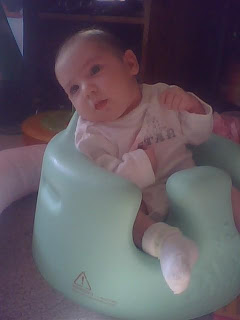 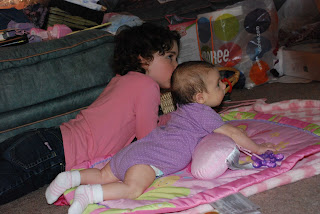 What is the cause for concern really? Its the h1n1 virus- so it can be spread from person to person, but it's just the FLU people.

I will tell you the one thing that DOES bother me- the people going around saying oh its the pig flu from Mexico- dirty Mexicans!

How ignorant. I know I'm not going to change the world posting about it, but come on. This didn't start from some "dirty Mexican" rooting around with the pigs. This all stemmed from medical technology. Our need to cure everything is causing these virus's to adapt and mutate. We are slowly creating the big bad uber ultra virus, and one of these days we will finally wipe out our own species.

The other question that was raised is if it could have been bioterrorism... boy, I know if I was looking to clear a continent of stupid American's I would definitely pick swine flu. That'll teach em. Forget the plague, or anthrax. I happen to know that America is so wimpy a stupid cold will kill them.

Come ON people!! Common sense!! I have a little more faith in all of you than that!

My sister is getting married. That's right, you heard what I said! May 22nd of next year. I am the matron of dishonor. :)

So, why don't I act in my typical Kristi fashion and get right down to the gritty of it.

My sister is one of the most selfish people I know. To make a marriage work (in my opinion) you have to posess the ability to think of this other person BEFORE you think of yourself... I don't think she has spent one day on this planet thinking of someone before she thinks of herself. So I am devising this sort of wedding bootcamp... I am going to make a list of things I want her to do with me BEFORE I will agree to stand in her wedding. I am looking for ANY suggestions surrounding this, so far this is what I have in mind:

Basically anything selfless and life altering.

Sorry- I just saw this headline posted on www.msnbc.com:

Pakistan: Bin Laden 'may be dead' — or not


Also, they WHO are two steps below pandemic level as far as this swine flu outbreak thing is concerned... So from this moment on I am Jewish.

Kosher me up, baby.
Posted by Kristi Bemus Charlotte's Mom at 3:41 PM 2 comments:

Suicide Bombing VS The Modern Mother

Can motherhood be compared to suicide bombing?

Could it be put up there with giving up your "own" life to become a martyr?

Don't we sacrifice thinking only of ourselves to ensure the good of our own?

Don't we usually terrorize other people in the process?

Okay, maybe the suicide bombing analyogy isn't correct, but I am starting to realize it becomes less about me with every child I have. I am sort of losing a sense of individuality to gain a sense of family. Togetherness. All for one, and one for all.

I am also finding myself a little vain at times, when I look at Charlotte and Rebekah and see how beautiful they are. I mean, they didn't get that cute all by themselves, right? I had a big hand in it. Or an egg, anyway.

Charlie is much like her sister in the sense that she is seeming to forget that she is a baby. I try to remind her, but there she is, insisting on sitting or standing instead of lying on the floor crying. She would much rather "talk" to you in a series of coos and open vowel sounds. I'm almost positive she is mocking the strange faces I make at her in my attempt to communicate. She almost seems to be saying, "Oh, mother, you silly thing. Speak english to me." (And please feel free to use whichever accent you prefer her to be speaking in. I myself like to imagine her with a slight british one.)

The days are flying by. I am back at work. Worrying daily about breaking out the baby talk and excusing myself to go "potty" or "eat a widdle bweakfist".

Pretty much the only thing I am appreciating fully is fitting in my prepreg attire, which at the moment I am realizing is not nearly as professional looking as I remembered it. Time to update.

Kevin is the designated stay at home mommy, and is living up to his duties beautifully. I'm not sure anyone else could handle the job like he does.

He DID almost give me a heart attack the other day however when I got a text message that said, "I think I hurt her".

Let me tell you right off the bat that you don't say something like that to a mom.

All the things that ran through my head!

Did he drop her? Did he shake her? Pop an arm out of its socket? Put a diaper on too tight?

Nope. He thought he heated her bottle too warm. Turns out she was fine, she was just irked that he took the bottle away from her.

Never remove a bottle from a hungry baby.

Don't worry, readers. She let him have it.