Want to Make a Difference This Holiday Season?

Put a smile on a child's face by donating a toy to the American Family Children's Hospital!!


The holiday season is upon us, and I have had several people ask me lately how they can help my family.


The short answer is this-

Hey, we are okay! 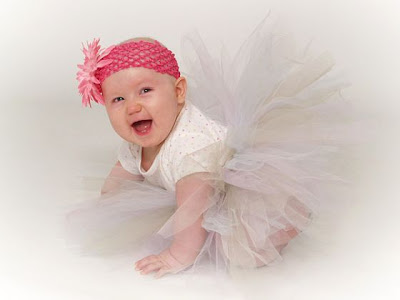 So if you want to "help" my family, do us all a HUGE favor and make a donation to the American Family Children's Hospital.

That's right- I am running a toy drive for AFCH so that the kids that HAVE to spend THEIR holidays at the hospital have some toys and games.

I am looking for DVD's (pg13 or younger, used OR new), toys (easily washable preferably, though we are also looking for small gifts), and board games and books.

If YOU want to help my family, or someone else's family and help put hope back in the hearts of many this season, make a donation.

Gifts can be dropped off at Starion Financial in Middleton, or at Belleville Schools with Pam Christen, or with ME personally- Kristi Rufener.

Email me for more details: kristirufener@hotmail.com
Posted by Kristi Bemus Charlotte's Mom at 11:14 AM No comments:

Most women become a mother by accident, some by choice and a few by habit. Did you ever wonder how mother's of children with life threatening illnesses are chosen?

Somehow, I visualize God hovering over earth selecting His instruments for rogagation with great care and deliberation. As He observes, He instructs His angels to make notes in a giant ledger.......

The angel is curious. "Why this one, God? She's so happy."

"Exactly," smiles God, "Could I give a child with cancer a mother who does not know laughter? That would be cruel."

"But, does she have patience?" asks the angel.

"I don't want her to have too much patience or she will drown in a sea of self-pity and despair. Once the shock and resentment wears off, she will handle it."

"I watched her today," said God. "She has that feeling of self-independence that is so rare and necessary in a mother. You see, the child I'm going to give her has it's own world. She has to make it live in her world and that's not going to be easy."

"But Lord, I don't think she believes in you," said the angel. "No matter, I can fix that. This one is perfect. She has just enough selfishness."

The angel gasps, "Selfishness? Is that a virtue?"

God nods. "If she can't separate herself from the child ccasionally, she'll never survive. Yes, here is the woman I will bless with a child less than perfect. She doesn't realize it yet, but she is to be envied. She will never take anything her child does for granted. She will never consider a single step ordinary. I will permit her to see clearly the things I SEE....ignorance,cruelty, prejudice....and allow her to rise above them."
"And what about her patron saint" asks the angel, his pen poised in mid-air.
God smiles and says..."A mirror will suffice."
Posted by Kristi Bemus Charlotte's Mom at 5:35 PM No comments: